We are approaching a major technological pivot, where the processing we do personally is not on our local PCs but in the connected cloud.

At the forefront of this charge is Qualcomm, which uses Arm technology to round out its PC solution. Microsoft has followed Apple to Arm, but unlike Apple, it partnered with Qualcomm to get there. To chase this opportunity, Qualcomm also bought Nuvia, which on paper has better technology than Apple.

In response to this acquisition, Arm pulled Nuvia’s license to halt progress, apparently forgetting that Qualcomm’s license already included similar efforts. Looking at history, there’s a good chance that Apple is at least partly behind this and working to prevent the creation of a better solution than its own, as well as the PC-targeted Arm by Arm. Steps have been taken ahead of time to maximize the benefits from the solutions.

Let’s explore this litigation mess, and we’ll close out with our product of the week, which is AMD’s latest Ryzen 7 processor.

The PC market is moving towards cloud services and connectivity for battery life with a heavy focus on local performance.

In my last two trips, I’ve noticed that airplane Wi-Fi, which until now barely worked for web browsing and email, now works for streaming. It’s still not fast enough to stream games, but the jump in performance is notable. This was an area that lags far behind home use, and remote 5G performance in particular, seems to have stalled this pivot.

This limiting factor will disappear as we move to 6G in the second half of the decade, making connectivity and battery life more compelling. Assuming that Qualcomm and Microsoft’s efforts continue to be successful, it would prefer that solution over others.

Intel has begun shifting its roadmap to the occasion, and it looks like it will be ready to pivot. Intel’s solution, which promises a hybrid approach with the performance you need when you need it and the battery life and connectivity you want in a bi-model solution, should provide a decent hedge of its dominant PC market share.

AMD and Nvidia’s response to this trend is less defined, especially since Nvidia’s attempt to buy the arm failed. But I hope that both companies also see this opportunity and risk and are moving to address it.

This means that if Qualcomm doesn’t execute fast, its gains could be lost due to its inability to perform and a successful pivot by existing strong vendors. What Arm should be doing is throwing all its support behind Qualcomm’s anything-but-sure gamble assuring to improve Arm-centric results rather than trying to cripple the effort before it gets to critical mass. Can go

On the economic side, while I understand the desire to get a higher license fee for a portion that has the potential to lead to higher gross margins, pivoting the market comes with higher costs. The anticipated additional gross margin will be consumed by marketing efforts and sales discounts designed to drive this arm-favored pivot.

In other words, it’s time to negotiate a new pricing deal once the effort is successful and Qualcomm has the extra income to make such growth work — not when the company enters a hostile market. and needs every financial resource.

In short, Arm acts as if Qualcomm is taking unfair advantage of Arm’s favorable pricing, which could be sustainable if Qualcomm is already successful. Even so, Qualcomm’s current license agreement will still have to be fleshed out, but at least the numbers will work in its favor.

Apple undoubtedly has a lot to say in Arm because it has licensing terms that could be more favorable than Qualcomm’s. This last one will likely be a veiled secret, but will be in line with deals I’ve seen with other Apple suppliers. Apple is known for deals that are so good that its suppliers often wonder if they would have been better off passing them on.

As I see it, Apple doesn’t really want an Arm solution, especially one blessed by Microsoft, to be better than the one it’s using. The Qualcomm solution using Nuvia’s technology looks vastly better. Apple already hides the high margins that result from using cheaper technology in its premium lines – such as avoiding touch screens that are common in competing PC products.

A significant performance loss, as well as a lack of compelling cloud performance solutions, will cost Apple too much for its less religious base, especially creators.

Moving again to cripple Qualcomm so that its better solution doesn’t hit the market would be in line with what Apple attempted in prior efforts, which included a hostile takeover backed by Broadcom and a bogus complaint with the FTC.

What really makes this interesting is that before this happened, there was an anti-Hands effort on the part of the RISC-V consortium. RISC-V has similar capabilities to Arm but with a more modern and licensee-friendly business model.

This model had already led many developers to move from Arm to RISC-V, so this ill-advised hostile action between Arm and one of its largest licensees gave rise to RISC-V’s superior (in terms of licensee benefits). ) has put a spotlight on the business model.

Thanks to Nvidia’s failure to acquire Arm and the resulting IPO, which funded Arm independence but did not adequately fund development, Arm’s future revenue could be at risk, which could affect its ability to finance debt. For this it will need to advance its technology.

Ultimately, Qualcomm and Microsoft should look more favorably at RISC-V over arm due to this mis-timed and poor legal action.

It often happens that when companies are struggling, they turn to litigation for their operational problems. This rarely works because CEOs usually don’t understand how litigation really works, and as a result, they place more faith in this approach than in history.

Arm is in trouble primarily because it depends on acquiring Nvidia for its future growth and success, and now it’s starved for revenue. But a licensing model (both Arm and Qualcomm are licensing experts) requires trust between the parties and a deep understanding of the big picture so that the end result is successful and profitable for both entities.

Qualcomm is advised to be crippled on the frontlines of a massive war against x86, given that Qualcomm’s success was never assured and that Intel, in particular, would be facing this threat to its market share. Successfully making spindle to remove.

Qualcomm needs Arm’s help to be successful. Instead, the arm is damaging the effort to a degree that it may fail. The obvious move for both Qualcomm and its Microsoft partner is to move to RISC-V, putting the entire issue in the rearview mirror.

Such a move would either kill Arm or, more likely, effectively turn it into a poorly funded Apple subsidiary. This end would make Apple less competitive over time as well.

I think we are starting to see the end of Arm, and while Arm can blame others, it will only blame itself.

For most of its life, AMD has been under Intel. This is how the PC market was conceived: Intel required another x86 vendor to meet IBM’s requirement that the part not be sole-source.

Relations between Intel and AMD were anything but friendly as AMD did not like to be subordinate to Intel and wanted a greater market share than Intel. To be fair, Intel was still doing most of the heavy lifting in terms of market creation and maintenance, so it took advantage.

Over the past decade, Intel tried to treat x86 as a cash cow and cut back on development and ecosystem maintenance significantly, allowing AMD to catch up first in terms of performance and then a significant gap on servers, workstations and PCs. allowed to bypass Intel.

Intel maintained the lead in terms of installed base, compliance, and overall resources, but AMD took the performance crown. Intel is attempting to catch up and, as noted above, is aggressively pivoting to address the battery life and connectivity threat that Qualcomm represents.

But when it comes to PCs, AMD’s Ryzen 7000 owns the performance crown at the moment. Be aware though, that performance is relative, and Intel’s 13th generation parts look more competitive. 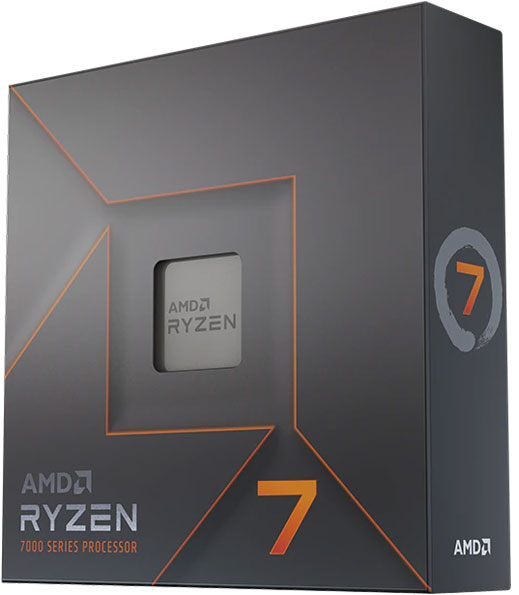 I’ve assembled my first Ryzen 7000 desktop system, and one huge advantage is that, as Intel did a few years ago, AMD has gotten rid of the pins on the chip, which pretty much eliminates where Many of us broke ours (breaking a pin on the assembly was almost a given). Plus, you no longer need to replace the backing plate when adding a heavy air or water cooler.

All of this makes building a system faster and easier than ever before. So, more power, easier assembly, and a great result make the new Ryzen 7000 processor line my product of the week.